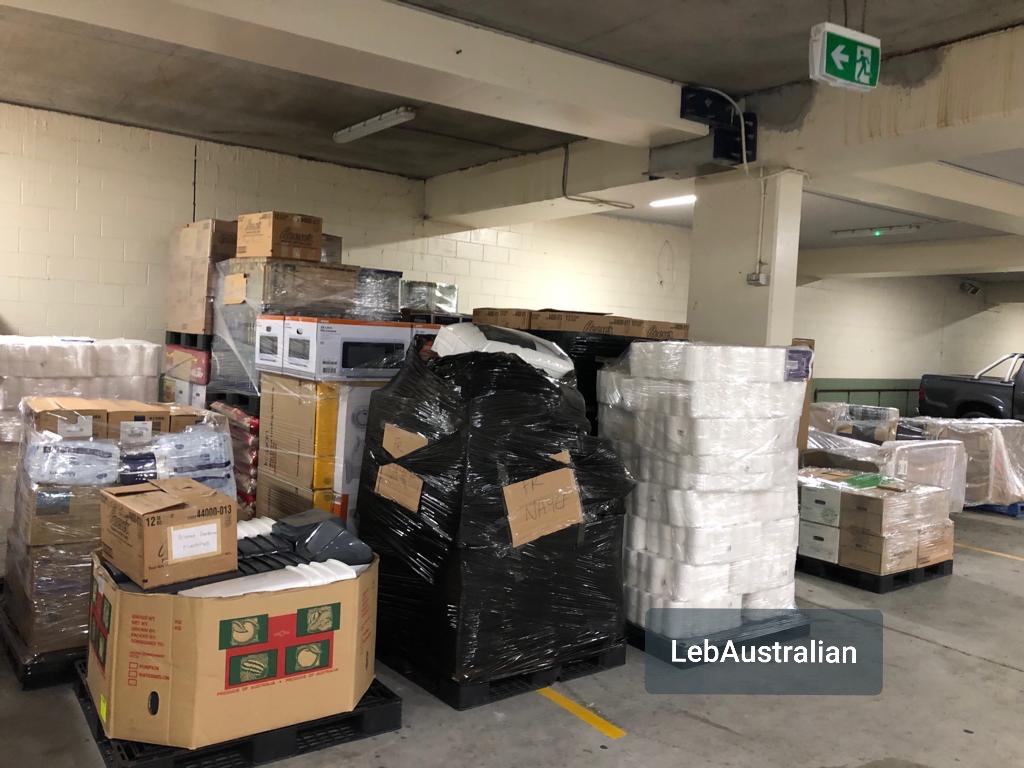 It is the ongoing corruption in the institutions, or to be more specific, the de facto authorities, who control the ports, boarders, airpace and waters.

These authorities impose whatever means suit them on anything entering or leaving Lebanon. They ban what is not under their control and watchful eye, and continue to assert power on whatever is left of the government’s administrative control.

An example of the boarder corruption which takes place is the confiscation of a shipment of humanitarian aid from the parishioners of Our Lady of Lebanon in Sydney to the Holy Spirit Association in Lebanon, an afilliation of TeleLumier and Br Nour’s not for profit organisations.

At Beirut Port, after refusing to process the shipment, the controlling authorities required the recipients to pay a fee of 20 million Lebanese Liras in order to release the goods.

After a call to Vania Youssef Kishishyan, president of Jesus the Bread of Life Association, we were able to confirm that the association which the shipment was sent to, is in fact a recognised not for profit organisation, registered in the Lebanese Internal Ministry, and all the goods in the shipment which was searched and quarantined, are aid supplies sent by a genuine and locally recognised organisation; the parish of Our Lady of Lebanon in Harris Park.

Furthermore, this aid should not be refused nor should there be a demand for payment to release them for any reason at all. Kashishian went on to say that if they had acess to the amount of money these authorities were demanding, they would not be in need of such aid.

Kashishian revealed that a government Minister intervened to try and release the shipment and convince the authorities to drop the demanded amount. Kashishian went further to reveal that they lobbied many power brokers reaffirming “we are a reputable charity known humanitarian assistance; feeding the poor, caring for the elderly, and assisting the poor in securing homes”. She went on to say that this was not the first time they’d received aid from Australia, pointing out that a group of community members from Our Lady of Lebanon, Harris Park had embarked on a trip to Lebanon the previous year to provide humanitarian aid.

The shipment is currently still held up at the port, and has been prior to Christmas, and contains shoes for detainees, children’s clothing, homewares and food supplies which are at risk of expiring should the hold up remain.